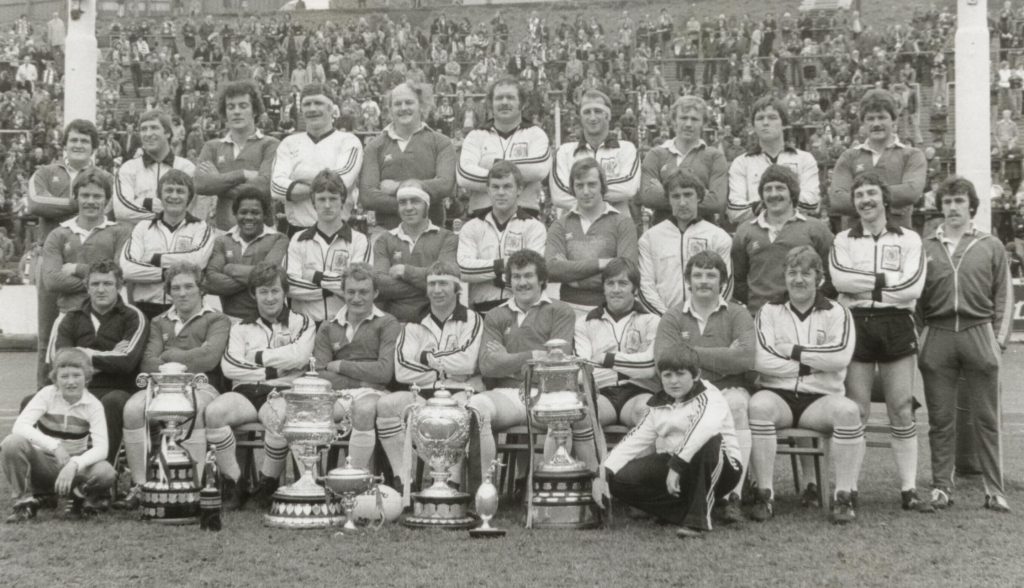 The original Record Keepers’ Club (RKC) was formed to establish a common basis for recognising rugby league records.  The principles set out below owe much to the work done by the group led by Irvin Saxton in conjunction with the Rugby Football League (RFL). The classification and categorisation of matches, together with which games are included in each category has been a key part of the re-formed RKC club, and is shared below for clarity.

Matches & tournaments are recognised when the NU/RFL played a part in the organisation of them, or selection of the teams to participate.  The status of the match at the time of kick-off determines its inclusion, regardless of whether the match or tournament concluded; thus games which were abandoned, or later expunged or ordered to be replayed are included, as well as any replayed matches.

The recent events in relation to the 2020 season allow for a practical illustration of the above principles, and are worth re-confirming to ensure clarity: all games played by Toronto prior to their decision to withdraw for the remainder of the season, and matches played by Championship and League 1 clubs prior to the suspension of these competitions are included in the club and player statistics, as these were all first-class matches when they were played (i.e. their subsequent expunction does not change their recognition for statistical purposes).

Games from matches & tournaments recognised by the NU/RFL, involving teams organised and selected by the NU/RFL or its member clubs, leagues, counties and countries of the home nations (including Ireland), except where these involve a member club (as these are classified as a ‘club match’ above).  The status of the match at the time of kick-off determines its inclusion, regardless of whether the match or tournament concluded; thus games which were abandoned, or later expunged or ordered to be replayed are included, as well as any replayed matches.

The RKC has been working closely with International Rugby League (IRL, the game’s global governing body) to compile a list of Recognised Senior International Matches. This is the first attempt by a central body to create a comprehensive list of international matches played by senior teams, ruling on the status of matches.

To be included on the IRL list, and therefore treated as a Full International, a match must be the senior team organised by the recognised national governing body and/or be played as part of a recognised international tournament. Matches must also be played to international rules.

The impact of the above is that teams such as Aotearoa Maori and England Knights have played a number of Full Internationals (by virtue of competing in tournaments such as the Pacific Cup, World Cup and European Cup). Games played with multiple substitutes (over four in a team) are not in accordance with international rules, and therefore not Full Internationals, or indeed, first-class matches of any description.

Other Nationalities was widely accepted as a ‘true’ international team from it’s inauguration in 1904, and competed for many years in the European Cup, as well as a number of other bilateral matches; these are all treated as Full Internationals.

The status of the match at the time of kick-off determines its inclusion, regardless of whether the match or tournament concluded; thus games which were abandoned, or later expunged or ordered to be replayed are included, as well as any replayed matches.

In the last decade or so a number of clubs (and national teams) have awarded ‘Heritage Numbers’ to players on the basis of when they made their debut for the team in question.  A number of subtle variations in the methodology have been adopted, but the vast majority have awarded them only for first-class games as defined above; however, recently there has been some deviation from this, with one club including the unofficial World War One matches.  Whilst clubs are obviously free to award these on whatever basis they choose, this renders them obsolete for statistical purposes, as the different approaches taken makes them incomparable with other clubs.  As a result, the RKC will be generating ‘Club Numbers’, based on the following principles:

​Club Numbers will be dynamic, so should an error be identified, such as a player omitted, all numbers will be re-stated as required to correct the earlier mistake.

For the players of representative teams ‘Representative Numbers’ will be issued on the same principles as above.  In the case of national teams these will therefore include all matches played, not just those recognised as Full Internationals (see below).​

For players playing in a national team’s matches that are classified as Full Internationals, a separate ‘Cap number’ will also be given in addition to the Representative Number, again based on the principles above but only relating to the relevant matches (i.e. Full Internationals).

Check out the Stats! 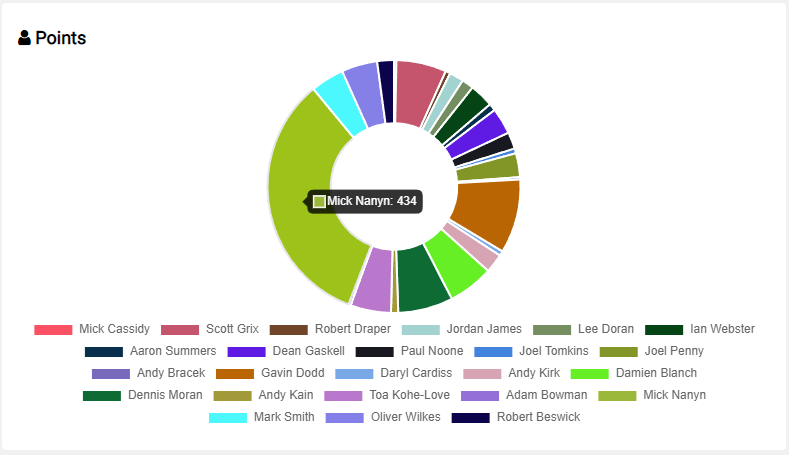 © Please contact us if you wish to use any content / images from this site. All rights reserved.

Thank you for your upload